The people on Coonoor’s streets are a very friendly lot. Most of them speak English, wish you good morning and politely enquire if you need directions or assistance; not too shy at all. Let me give you an example of their benevolence. 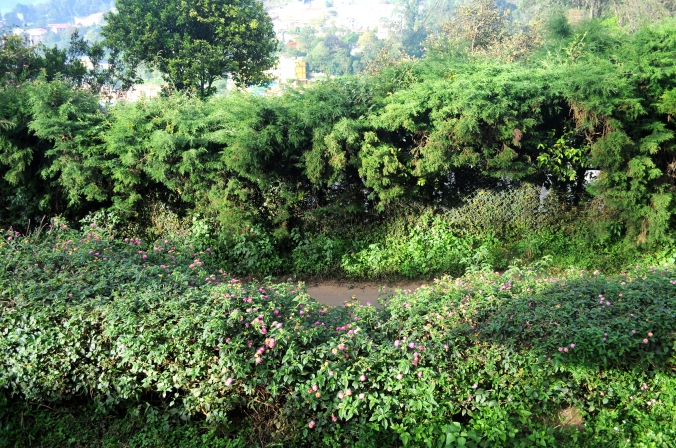 I was enquiring around town for a motorcycle rental so that I may wander around the slopes and paths in the short time I had. Unlike Ooty there weren’t many options and the one person that did, wanted to charge exorbitantly.  So I was on my way down from Upper Coonoor to further probe. I said hello to the security guard at the YWCA. We struck up a conversation where he told me he is from Wellington, the little town 3 km away. His name is Marian and he is an ex-army man. Whilst exchanging facets of each other’s lives I mentioned my quest. He immediately proffered his motorcycle to me. But I would have to come to his house in Wellington and start it myself since it had been lying unused for a while. Taken aback and sincerely thankful I took him up on his proposal and set a time to go see him the next morning. 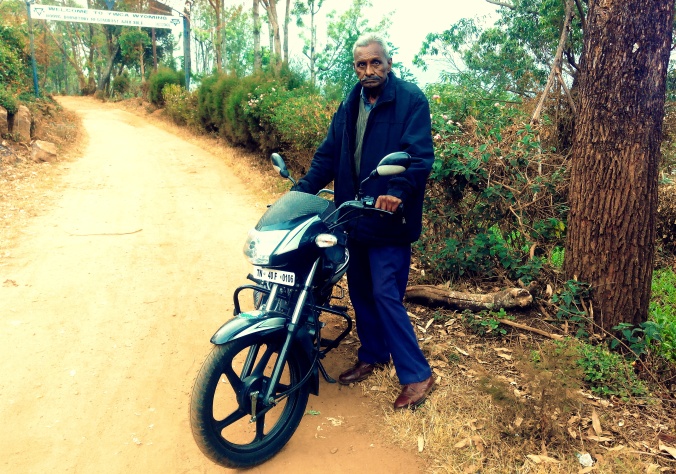 The Man and the Machine

A 20 minute hike down to the town center and a 15 minute bus ride later I was standing on this strip of road with little shops on both sides. The army cantonment with its barb wires and ‘Keep Out’ demeanor was across the railway tracks. On the other side of the road a hill rose up covered in small houses and dusty by lanes. Accompanied by the hearty old Marian-Anna (anna = big brother in Tamil), who’d come down to receive me, we went about a km up the steep climb to his house in a tiny alley. He sat me down in his little sleeping room; his wife made us some tea; he showed me a picture of his son who was in the Navy. The picture showed his son ushering Dr. APJ Abdul Kalam in a blue safari suit. He explained that his son had since risen up to be a presidential guard. It was his bike that he wanted to give me. 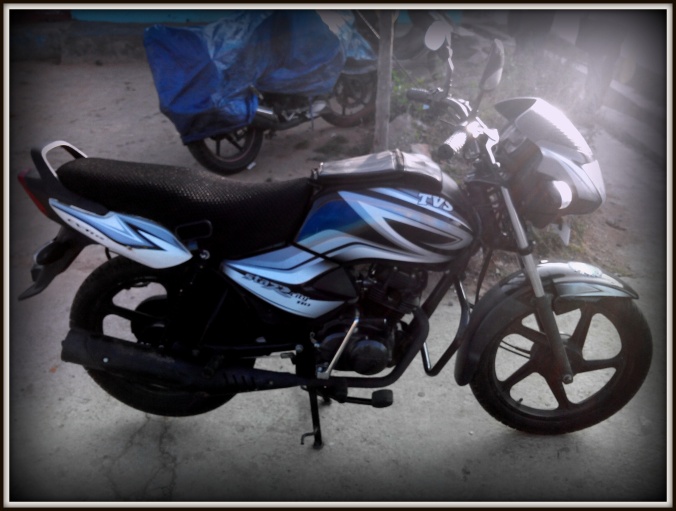 I wiped the dust from his motorcycle, siphoned a bit of fuel, spent 15 minutes kick-starting it and it came to life. I met his wife, daughter-in-law and grandchild, thanked him profusely and zoomed off. That day was spent fruitfully exploring the countryside and making merry in the misty rain.

Evening time I went back to return the motorcycle and wanted to compensate for his kindness. He sat me down and explained, over a glass of local moonshine, “You are like my son. What’s his, is yours.”

With ardent gratitude in my heart and blessings for his family, I slipped a couple of hundred into his grand-daughter’s hands and bade farewell. Thank you Marian-Anna.